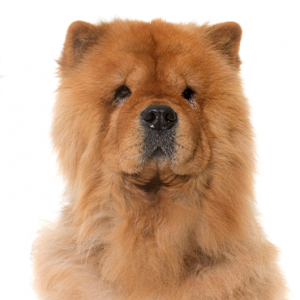 A Chow Chow is, by all means, a head-turner. You would definitely be stopped in your tracks to admire this furry pooch. They look a lot like teddy bears or even a lion. They are known for their blackish-blue tongue. They are quite affectionate and will take to one person in the household and they do make terrific pets. Discover more about our Chow Chow puppies for sale below!

The Chow Chow is said to have originated in China as far back as the 11th century. They were mostly used as hunting dogs as they were used to track larger prey. They were not exactly known in other parts of the world because China had closed its borders until the 1800s.

Queen Victoria received a Chow Chow as a gift in 1865 and the dog breed has slowly made its way across the world. They are still prized in China but have become more of companion dogs.

Chow Chows are known to be quite independent and somewhat aloof. They are believed to behave like cats often. They are very intelligent and could have a stubborn streak if not watched and trained right.

They tend to bond with one member of the household but can be friendly if they are socialized at a young age. They are very suspicious of strangers and tend to bark when they are around. They could suffer from separation anxiety since they only bond with one person. They love to chase everything that moves.

This breed is not suitable for apartment living as they do not do well with warm temperatures. They would prefer to be outdoors. If you have a yard, be sure to keep it properly secured as this dog breed has a high predatory instinct which could be a problem for your neighbors.

They are good with children and wouldn’t mind being the family dog as long as they grew up with them. They are not suitable for first-time dog owners as they require a lot of training, attention, and care.

A Chow Chow is a high energy dog breed. They love to run around in gardens and yards but you should make sure it is secure. They would need an average of 40 to 60 minutes of exercise daily. Since they have thick coats, they tend to overheat easily so be sure to keep them inside during extremely hot weather. If you need to take them for walks, do so early in the morning and later in the evening when the sun sets.

Chows need a lot more grooming than other dogs because of their thick coat. They should be brushed daily and given baths regularly or as needed. They love the attention they get during grooming so they are likely to keep still.

You would need to keep them clean and healthy. Check their chest area to be sure their skin does not redden. Check their ears for excess wax and clean them thoroughly. Trim their nails too and take them to the professional groomers often.

They should not, however, be put in the drying box after a bath because they tend to overheat and they could collapse.

The unregulated breeders who are selling outside of the USDA regulations and without a license are what we consider to be “Puppy Mills.” We are committed to offering Chow Chow puppies who will grow up to become important members of your family. We only purchase puppies from the very best sources, and we stand behind every puppy we sell.

No. They grow up to be quite independent and strong dogs and they are no mean feat for a first-time dog owner.

Chows are known to be hunting dogs and as such tend to chase anything smaller. They have a high prey drive even in domestic environments.

Chows are playful in a different way. They are not given to the classic fetch game and they take longer to respond to things.

No. They are more suitable for homes which have a back garden so they get to express themselves. They really don’t do well in apartments.

They develop separation anxiety when they are left alone for long periods of time. They are suitable for people who work from home.

No. They will only bark to alert their owners and are not known to be barkers just for the fun of it.

No. They do not. Their coats alone could pull them down when wet.

They are naturally hunting dogs and tend to be aggressive with other dogs of the same sex or cats. If not checked, it could be an issue in adulthood.

No. They prefer some level of self-autonomy and are very independent. They do not love to snuggle or cuddle.

If you are not much of a hugger or a cuddly person, this is the perfect dog for you because, despite their looks, they do love their space.